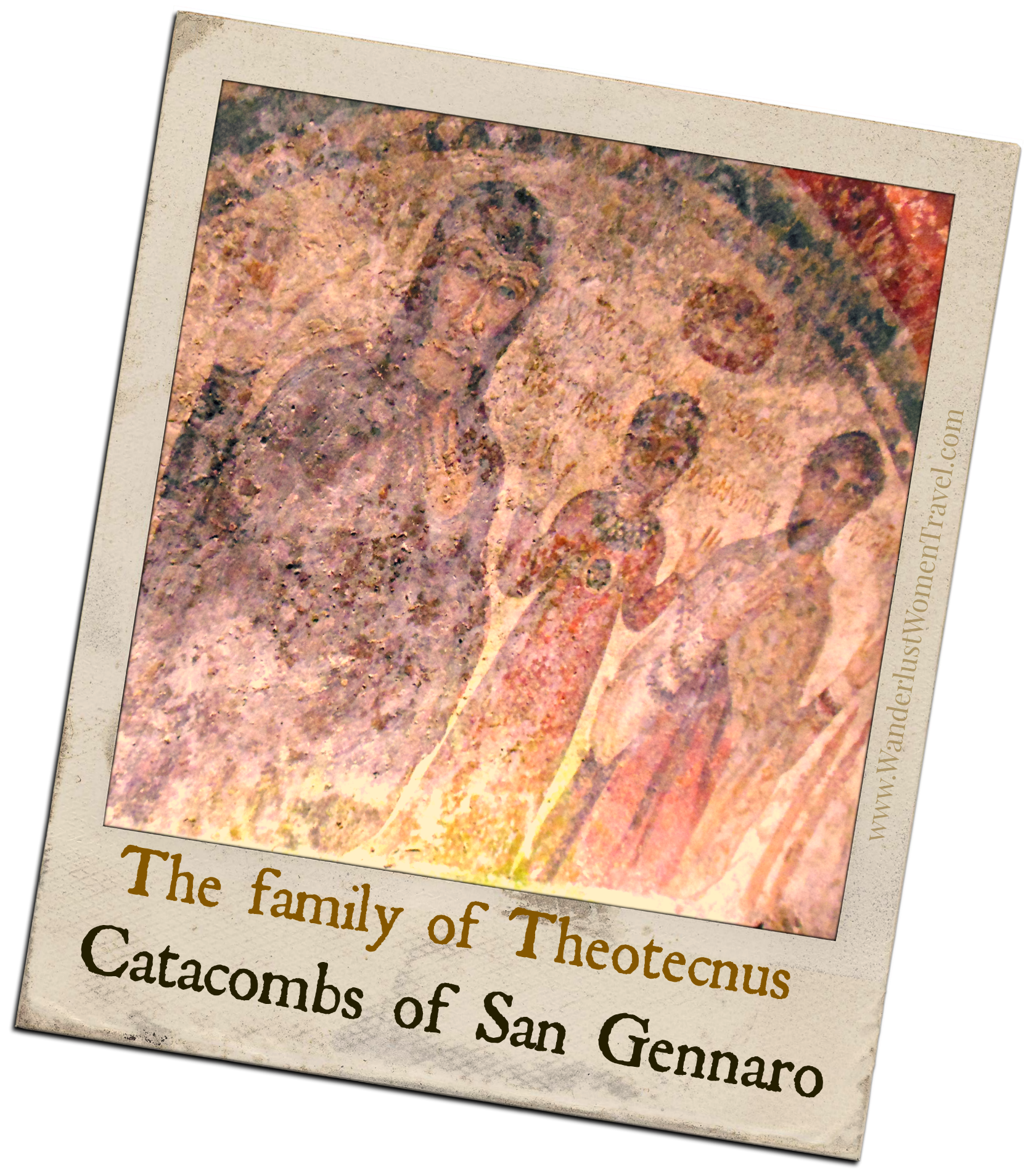 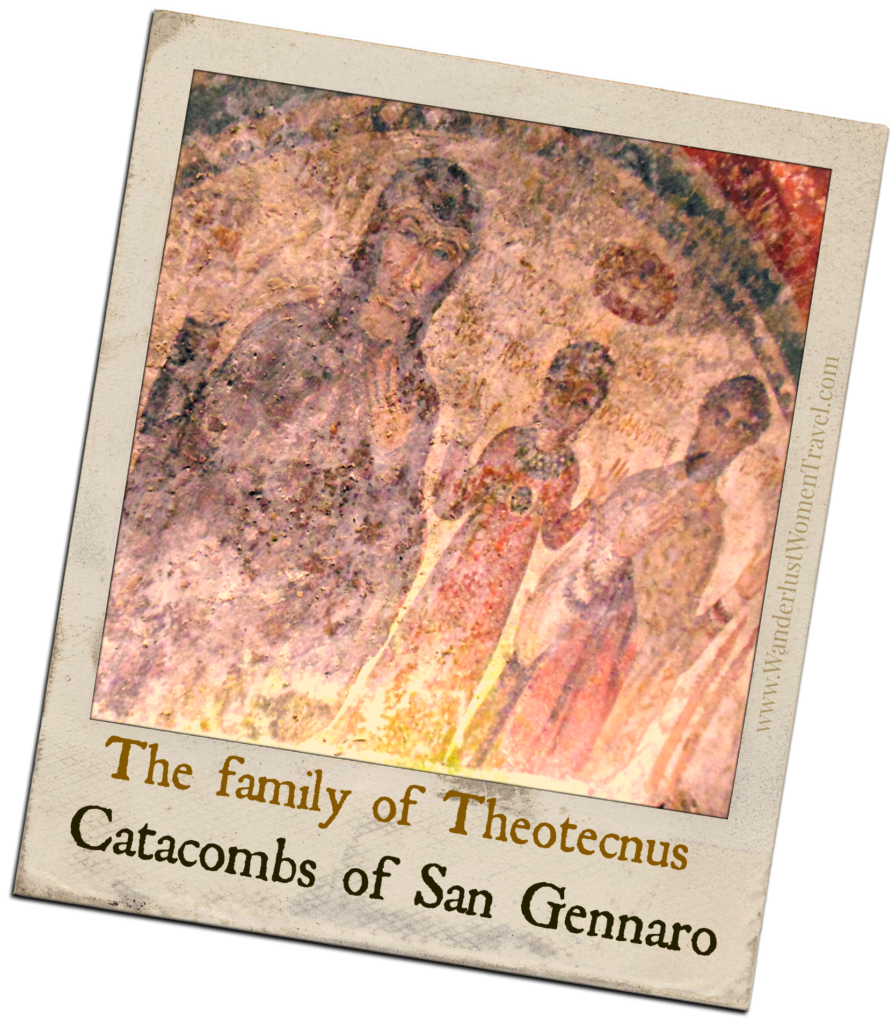 So much of the dark wondrous history of Naples lies steps below the modern metropolis, back in time, down to the Catacombs of San Gennaro, (Via Capodimonte 13, Naples) off the beaten path.  The paleo-Christian site lies a good 20-30 minute bus ride north of the city center, leading toward Capodimonte and bordering the hilltop grand Church of Madre del Buon Consiglio.

Entering the cavernous space, one wonders how the hollow tunnels support the weight of 21st century life hovering above in the south of Italy.  You step back in time as you enter the subterranean world where sunlight leaves you the further you enter the ancient necropolis. 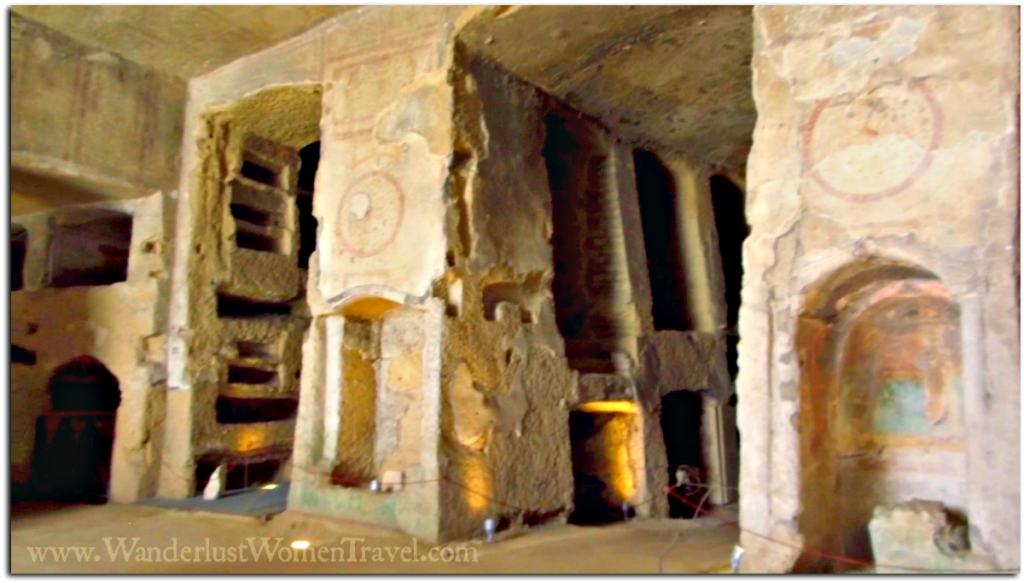 This is where 1st Century Christians buried their dead.  This is where the bodies of at least three saints (Gaudioso, Severo & Gennaro) were buried, along with bishops and hundreds of ordinary citizens over a thousand year span.  The remains of San Gennaro were eventually moved to the Cathedral of Naples and what was left behind was a reverent, serene place of repose.

As your eyes adjust to the damp, chilly darkness of the catacombs, a spiritual light fills the tunnels in front of you.  One after the other reveals itself, larger than the last, in a crypt that seems to extend for miles into the ancient world.

The dark side of death has lured so many to hunt for its secrets.  Yet, here, in the catacombs of Naples, as you literally walk among the dead, there are only tranquil whispers, echoes of what came before, paving the way  for your return to the buzzing insanity of motos and pedestrians.

TOURIST TIP:  Discounts can be had when you use an ArteCard or a combo ticket to both the Catacombs of San Gennaro and San Gaudioso.