When the sun hangs high and yellow and the little white boats bob in the azure waters off the island of Capri, there’s no better time to escape into a dark cave with dozens of strangers.  Sounds absurd but that’s what happens every day as hundred of tourists flock to the romantic island’s Blue Grotto.  It truly is the stuff of legend which says that some 2,000 years ago, Emperor Tiberius used the grotto as his personal love cave.  Centuries’ old Roman statues, thought to have been placed there by Tiberius, now sit magically in Casa Rossa (Via Orlandi, Anacapri) a museum in Anacapri, at the top of the island. 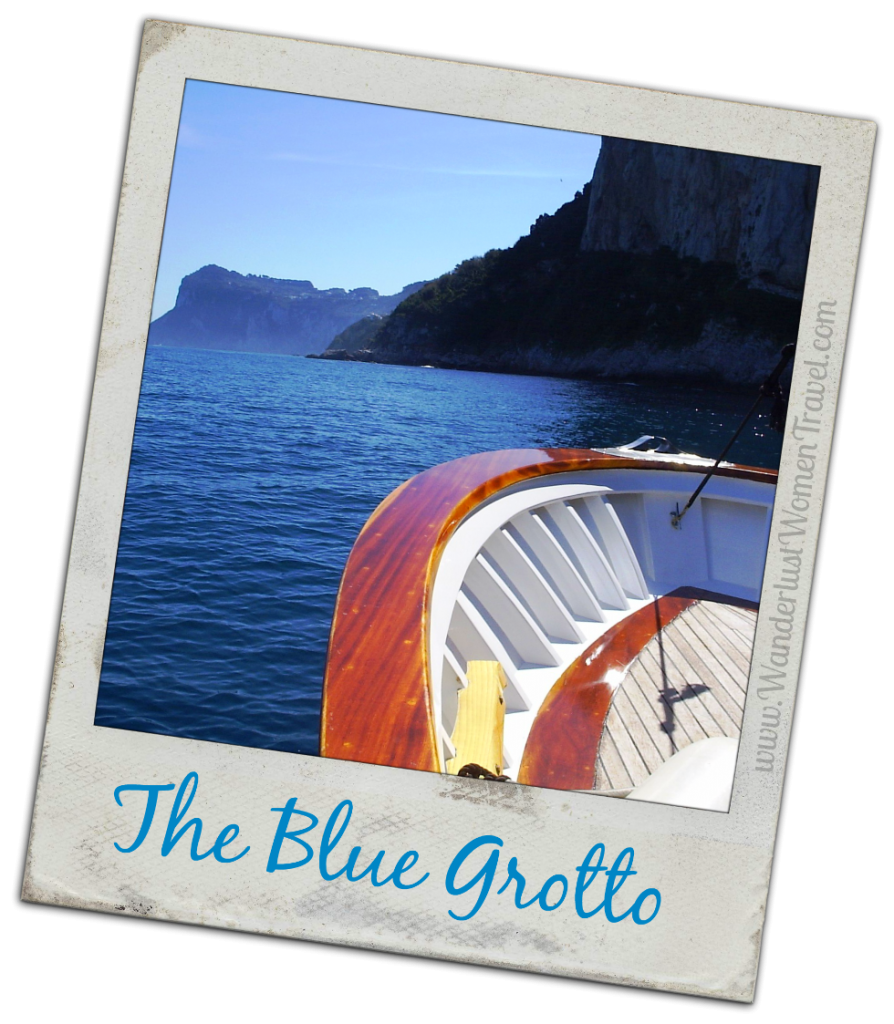 If you’re leaving from Sorrento, your romantic adventure begins with the first of three boats needed to reach the Blue Grotto, or Grotta Azzurra.  As your ferry speeds away from the dock in Marina Piccola, the madness of the city fades into the background while paradise lies dead ahead.  The morning fog breaks and there, coming closer and closer, is this magnificent island that holds the promise of a beautiful day and a visit to a surreal place.  Legend says that sea nymphs serenaded sailors to a watery grave just outside the grotto’s opening.  Believe it or not, once inside, you’ll be mesmerized by the natural phenomenon as sunlight illuminates the water from below, creating an iridescent experience rich with the fantasy of mermaids and emperors.

If you’re flying solo, let your romantic visions take hold as the local boatmen ferry you to and from the  Grotto.  After all, they are the sun-bronzed descendants of Roman gods, agile, dexterous, muscular men and stunningly handsome.  Their rowboats line up like hungry sailors at a seaside bordello.  The anticipation builds as your “captain” waits for just the right moment when the sea ebbs, allowing him to steer through the four-foot opening, all while holding onto a chain along the wall.  It’s a day you will never forget, even if you’re crowded into a rowboat like alici in a can.  Everything about the visit screams “tourist” but it’s Italy and this is definitely one of those bucket list destinations.

Sadly, your time inside is too short and not long enough for you or your camera to take it all in and capture the moment.  The rowboats crowd the grotto like 727s at rush hour at O’Hare.  The typical point and shoot camera won’t be up to the task of the gods, so stop looking through the viewfinder.  Soak in the magic around you and learn to live in the moment – this is Capri, this is Italy.  Some moments are meant to be etched on your heart, the natural wonders that cannot be captured in words or pictures, the Blue Grotto is one of them.

1.  Have a  few Euros handy because you will have to pay cash to board the smaller rowboats and tip your “captain.”

2. If the Grotto is closed due to high seas, you may swim in, if you dare – you can walk down and jump in but the experience is not for the timid.