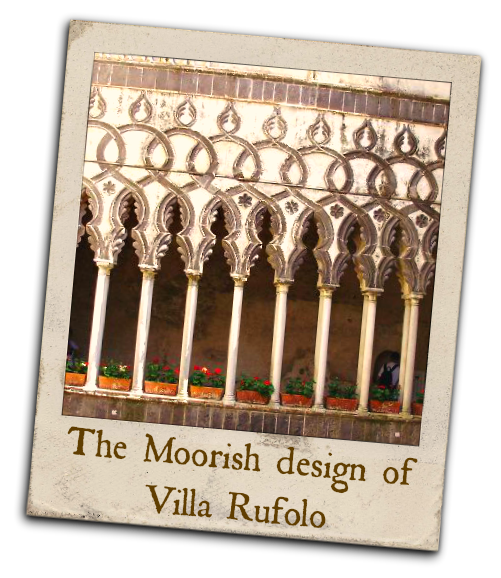 Those with a wanderlust spirit dream of adventure and the romance of bygone days and nothing fills the bill more than the Moorish villa atop the Amalfi Coast, soaring off the beaten path.  Picture it, the intricate details of Moorish arches hovering over a sea of Amalfi Blue and it exists at Villa Rufolo, Piazza Duomo in Ravello (Admission: €5 and €3 under 12 + over 65).

Ravello is the high point along the Amalfi Drive.  It’s where music lovers flock to in the summer for the Ravello Jazz Festival and where romantics journey to for the bird’s eye views of the rugged Italian landscape.  It’s also the spot nearly 850 years ago where Nicola Rufolo decided to build his towering fortress.

There has been a villa on the site since the 11th century but the building that is there today was started by Rufolo in 1270.  I say started because it evolved over the next six hundred years as it passed through many hands, falling into disrepair, until the Victorian era when it was sold to Scottish nobleman Francis Neville Reid.  Fortunately for Villa Rufolo, Reid was a great lover of art and culture and completely restored the palace with the help of the then director of the Pompeii excavations. 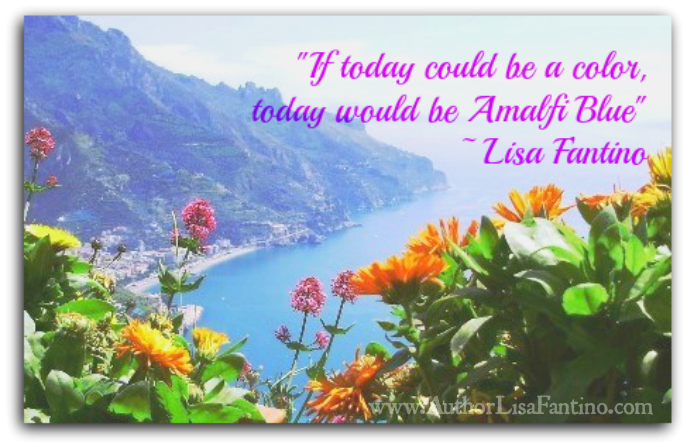 As for this solo traveler, I was enchanted by the site’s romantic history, partially recreated by Boccaccio in The Decameron.  In real life, Lorenzo Rufolo was a rich merchant who fell into ruin and became a pirate.  Don’t you just love it?  He was taken prisoner by the Genoese and eventually died in prison.  However, in fiction, Boccaccio’s Landolfo Rufolo was tossed into the sea  and, while clinging to a treasure chest of jewels, he washed ashore and was rescued by a beautiful woman.  Would that it were the other way to be rescued by the bronzed muscular descendant of a Roman god!  This region pulsates with romance and vibrates with passion.

The Villa’s gardens give a splendid view of the Amalfi coastline and offer extraordinary color in early spring.  It’s as if the flowers set a frame for the Amalfi Blue horizon below.  Perhaps it is the garden of Eden. 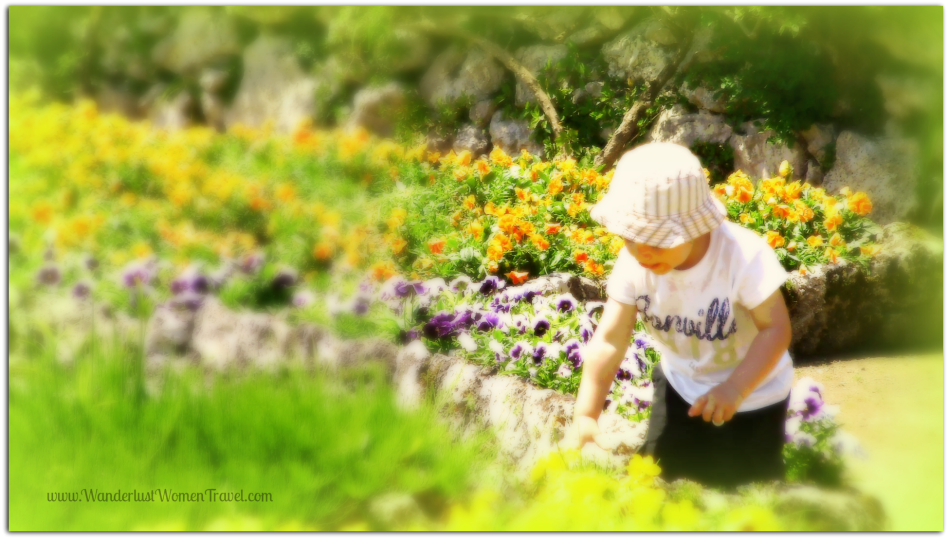 Do make sure to plan to stop and smell the jasmine and orange blossoms in the lush gardens.