Ischia’s a magical place with enchanted gardens from end to end of this largest of the Phlegraean Islands.  One of the secret gardens, off the beaten path of tourists, is Mortella Gardens, Il Giardini la Mortella (Via F. Calise, 39, Forio, Ischia). 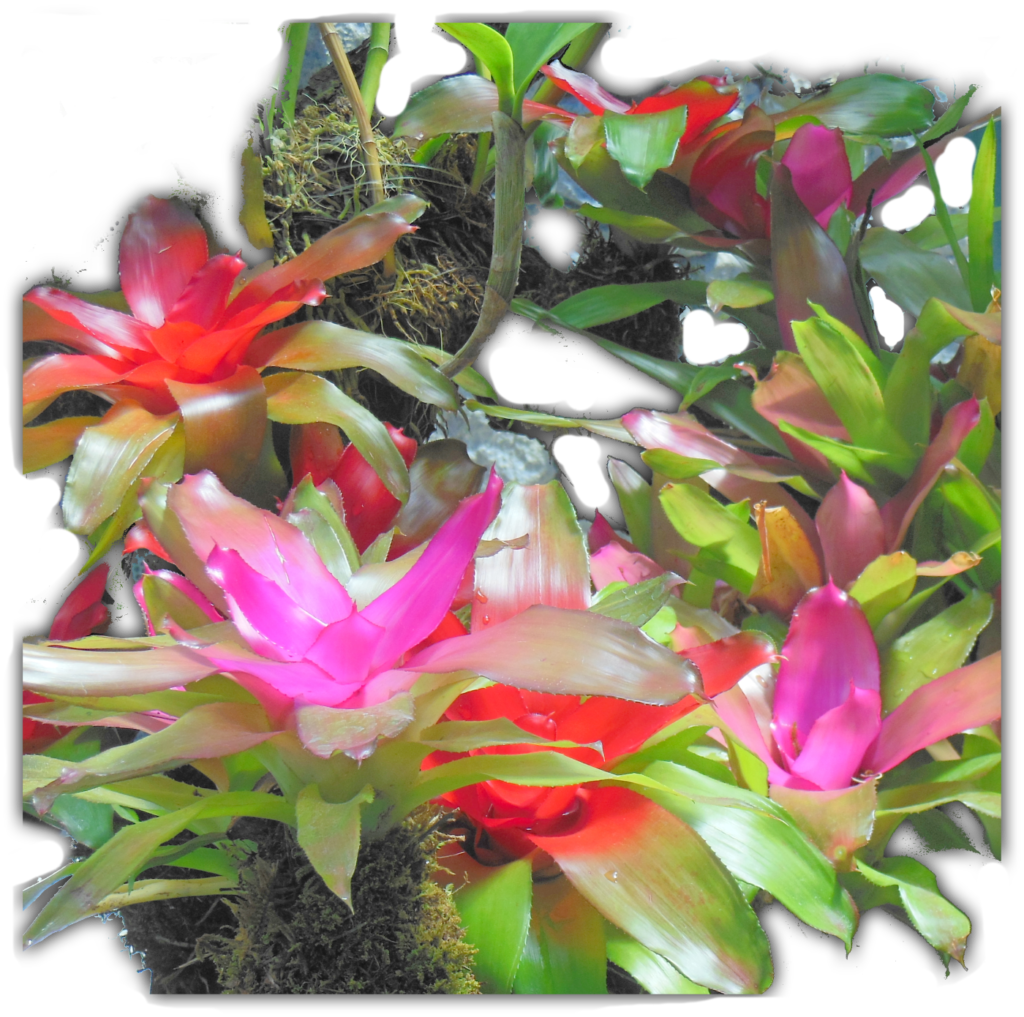 It’s truly a work of love, the romance between well-known British composer Sir William Walton and his lady love, Argentinian aristocrat Lady Susana Walton.  They met and fell in love in the 1940s, after World War II and decided to settle in Forio, Ischia.  It doesn’t matter what or why they planted roots, quite literally, on this volcanic island.  What does matter is the grand botanical park they created with the help of landscape designer Russel Page.

You enter through a rounded arch and just beyond the ticket booth a world of wonder awaits.  There are blooms straight out of a tropical rain forest.  There are colors that seem out of this world.  Little nooks within the park offer benches to sit and inhale the life around you as fountains, both high and low, play the soundtrack of your day.

One of the most photographed spots at Mortella is the tiny Victoria House greenhouse where aquatic lilies and orchids in bright turquoise and flaming fuschia spread a canopy overhead as the pitter patter of water flows from the wall-mounted sculpture of In Bocca di Verita.

Mortella’s lofty perch above the bay offers breathtaking panoramas.  In fact, there are so many photo spots that I dare you not to spend the entire day under the Mortella spell.  There’s a café if you’re hungry or just want a shady spot to grab a coffee.

During the summer and early autumn, concerts are staged at the wonderful Greek amphitheater tucked into the cliffside.  It’s the perfect day’s end to a magical stroll through Mortella Gardens and one Sir William would surely approve.

Looking for an enchanted place to spend the night?

Indulge in the nearby luxury of L’Albergo Regina Isabella.

It’s been our secret spot for more than a decade.