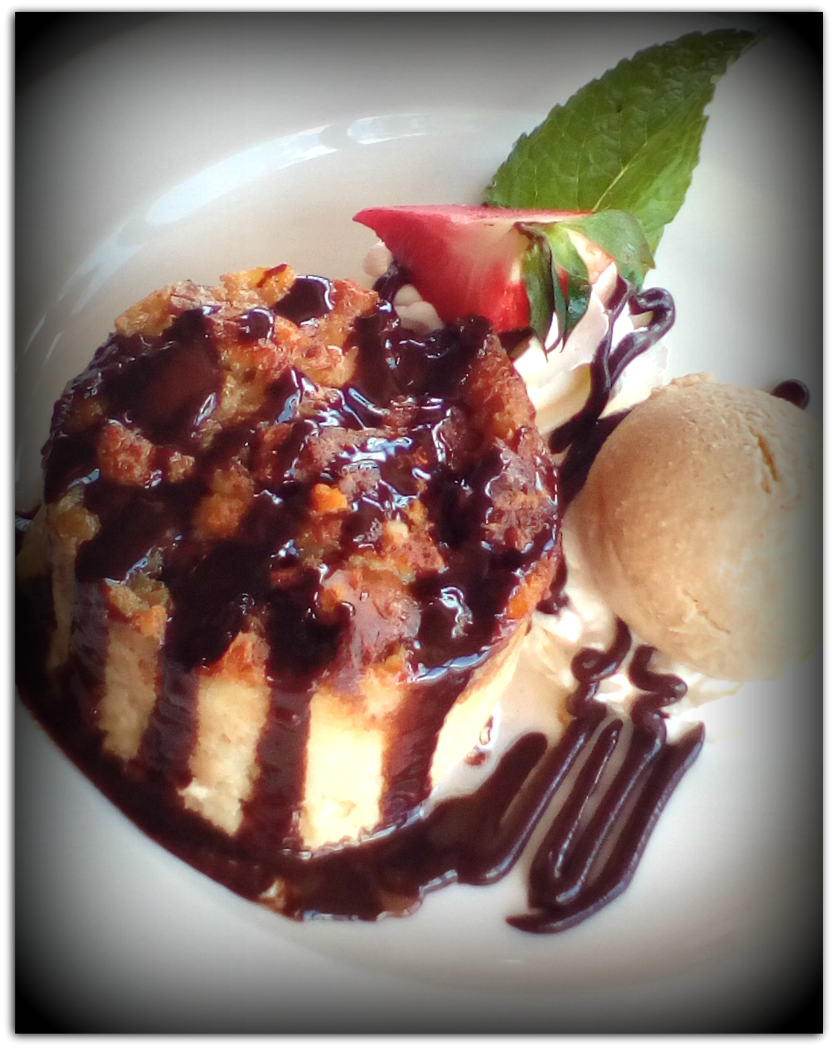 To say that the food choices at Universal Orlando are varied but wildly overpriced is an understatement.  So, if a girl’s gonna pay, it might as well be worth it and Emeril Lagasse’s restaurant at Universal Orlando fit the bill.  I had never been to one of Emeril’s restaurants and looked forward to a great meal on a day when it was scorching hot outside.

I couldn’t imagine eating a hot lunch entreè and opted for the baby spinach and beet salad with grilled shrimp.  Bread arrived while I waited and it was somewhat doughy.  When I asked the waitress for olive oil to dip, she looked at me in shock but quickly delivered it to the table.  Olive oil didn’t help the over-salted bread and I think I’d pass on the pre-lunch munch the next time.

The spinach salad was wonderful.  Cool and crisp and there were plenty of golden beets, finely chopped and an abundance of chunky gorgonzola and pecans.  The dressing was light and not overbearing and the shrimp, I believe, were grilled in a tasty cajun seasoning.  Bam!

Okay, now let’s get to the serious course, dessert.  The menu was delicious to look at and I had a difficult time selecting just one to sample.  I opted for the warm milk chocolate and banana bread pudding.  All I can say is OMG! OMG!  The pud was good enough on its own with a 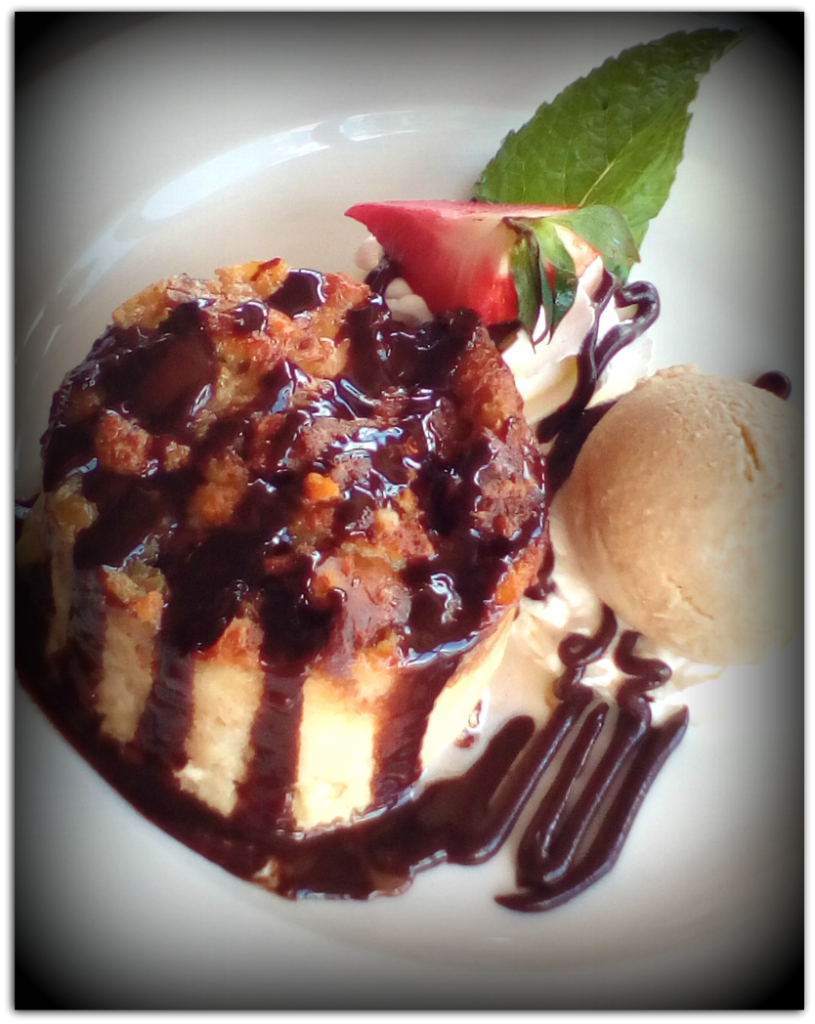 dollop of fresh whipped cream but the side chaser of peanut butter ice cream was a “died and gone to dessert heaven” moment.  Neither creamy like gelato nor icy like granita, it was a dreamy mix of both.  I would suggest that Mr. Lagasse offer the ice cream on its own.  It was so good that I could have bathed in it under the hot Orlando sun.

Overall, my first foray into the dining world of Emeril Lagasse was a delicious experience.  My only suggestion would be to improve staff training.  When I entered the massive restaurant at 11:45am, there was one other couple seated for lunch; yet, the hostess wanted to put this solo traveler at a table for two up against a side wall without a view of City Walk.  I watched her roll her eyes when I asked for a larger table with a view and noted to her that the restaurant was completely empty.  Give me a break, rolling her eyes!  She should’ve readily accommodated a guest request with a smile, especially when there was no shortage of tables.