Take one part American philanthropist and one part Italian archaeology and what do you get?  A new museum on the horizon for the crumbling, ancient world of Herculaneum, otherwise known as Ercolano.  This resort site, just outside Pompei, survived in a much better state than its more well-known neighbor from the volcanic eruption of 79 A.D.  Yet, the Italian economy being what it is, neither site has funding to protect the ancient treasures from the modern environment.

Enter David W. Packard, son of a co-founder of Hewlett-Packard and a former professor of Latin and Greek.  His love of antiquities and his generous nature led him to establish The Packard Humanities Institute, which supports conservation of the ancient world, a perfect fit with ancient Herculaneum. 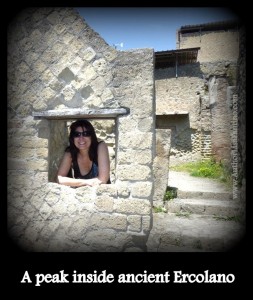 Packard had wanted to keep it quiet but keeping a generous project like this quiet in Italy is like telling a new lotto millionaire to sit on his hands.  He had launched the Herculaneum Conservation Project last spring to do a feasibility study on a new museum and the news is spreading.  Italy’s La Repubblica newspaper reported the new museum will be located at the rear of the boat pavilion at the Herculaneum archaeological site.  It’s the goal to display much of the furniture, everyday items and even jewelry recovered from the hundreds of remains discovered in the 1980s huddled in the boat sheds.  Italy should thank its lucky stars for David Packard, who is said to have donated as much as $18.5 million to Herculaneum since the turn of the century.