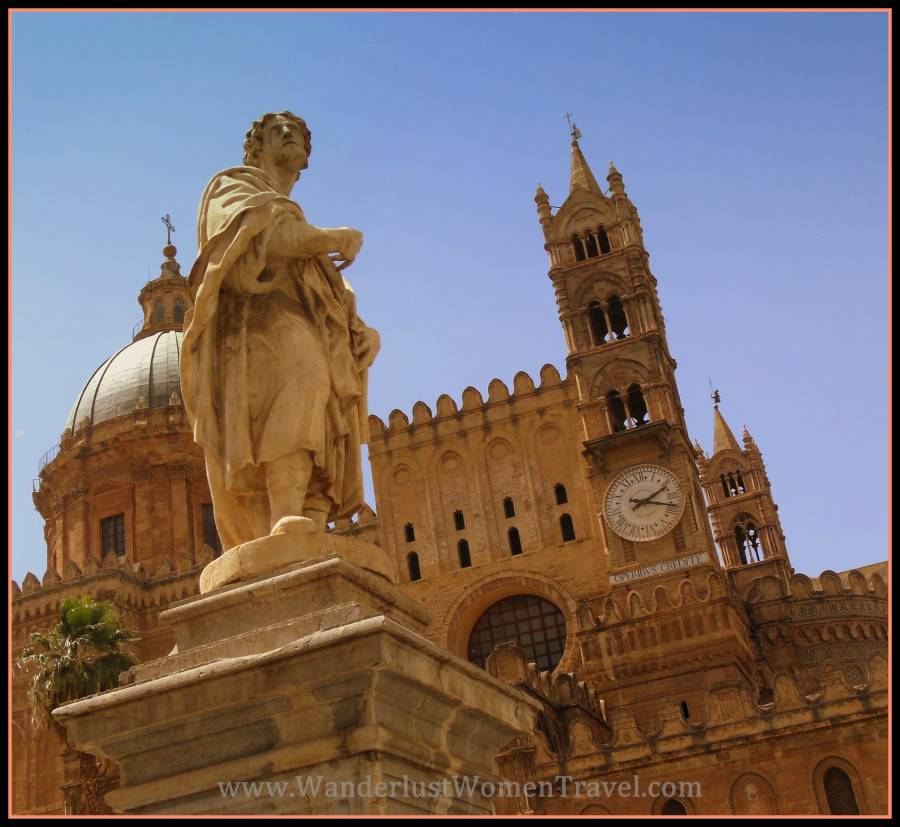 You only need to look to the Cathedral of Palermo for the foundation of the belief that there is one god for all religions.  The impressive structure was erected over a thousand years ago on the site of a former Byzantine basilica.  What stands today has at one time served as a place of worship for the Anglican church, a mosque and today as the cathedral of the Roman Archdiocese of Palermo, Sicily.

You arrive at the massive building after a long walk down a street of quiet, mostly empty shops and stone office buildings.  There is practically nothing memorable on Via Bonello until you arrive at the Cathedral and you are at once awestruck not only by its size but by its magnificent design. 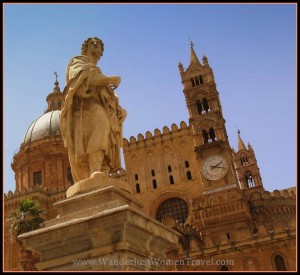 The Cathedral of Palermo is a wonderful blend of Norman, Gothic, Catalan, Baroque and Neoclassical design, meshed together in an artistic blend that works.  It would be difficult to envision the building without its Gothic portal or distinctive bell tower or the arches that span the street and lead into the Archbishop’s residence.

The treasures of this Cathedral, however, do not end at its doorstep.  Cross the threshold and a world of 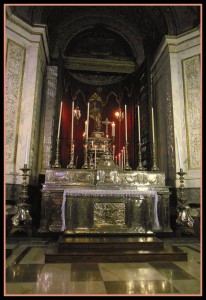 wonder awaits inside where the Sacrament chapel is decorated in mosaics of precious stones and lapis lazuli and other chapels contain altars carved from gleaming silver, not to mention its treasured collection of gold chalices and crowns.

Perhaps the most unique offering of the Cathedral of Palermo is its heliometers, a pinhole camera in one of the domes to project an image of Solar noon along its floor.  A bronze meridian along the floor marks the north-south line and the signs of the zodiac display dates throughout the year.  It was an elaborate way to unify the marking of time and adhere to the time measured at the Vatican.

Here is a church where astrology was adhered to at some point in its history, while today, the word of God comes from The Bible and a verse from the Qur’an is inscribed on its exterior walls.  If that is not concrete evidence that we all worship one universal force as children of one God, then I don’t know what is.